What is a DNS record?

Who are the most common types of DNS records? 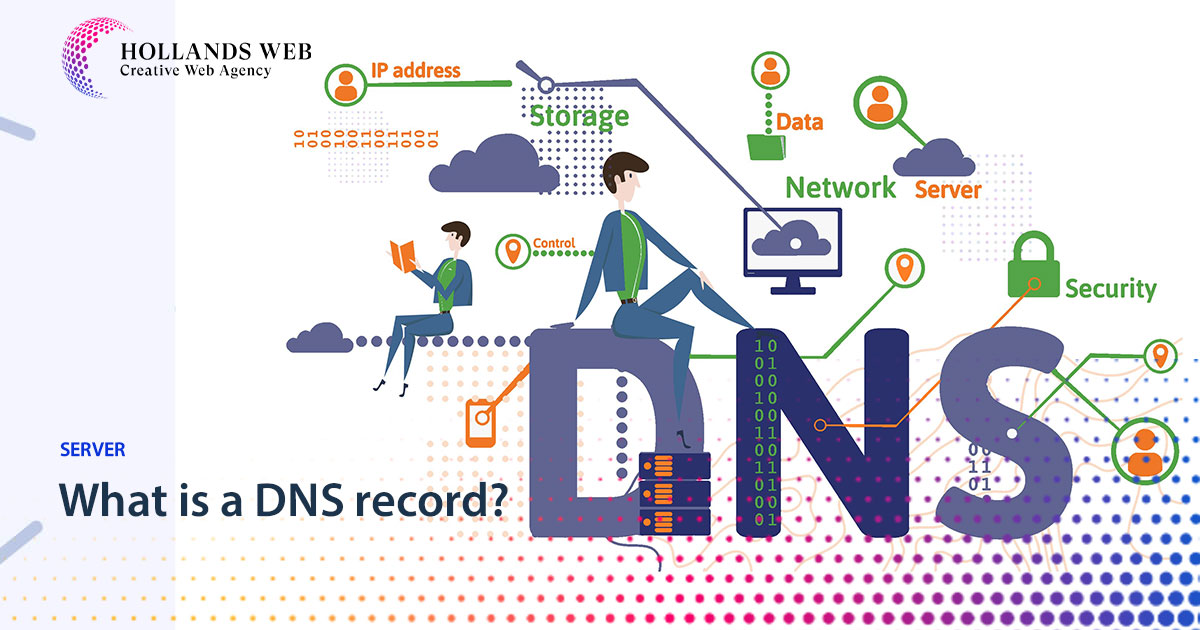 What is a DNS record?

DNS records (aka zone files) are instructions that live in authoritative DNS servers and provide information about a domain including what IP address is associated with that domain and how to handle requests for that domain. These records consist of a series of text files written in what is known as DNS syntax. DNS syntax is just a string of characters used as commands that tell the DNS server what to do. All DNS records also have a ‘TTL’, which stands for time-to-live, and indicates how often a DNS server will refresh that record.

You can think of a set of DNS records like a business listing on Yelp. That listing will give you a bunch of useful information about a business such as their location, hours, services offered, etc. All domains are required to have at least a few essential DNS records for a user to be able to access their website using a domain name, and there are several optional records that serve additional purposes.

What are the most common types of DNS records?

A record – The record that holds the IP address of a domain. Learn more about the A record.

AAAA record – The record that contains the IPv6 address for a domain (as opposed to A records, which list the IPv4 address). Learn more about the AAAA record.

CNAME record – Forwards one domain or subdomain to another domain, does NOT provide an IP address. Learn more about the CNAME record.

TXT record – Lets an admin store text notes in the record. These records are often used for email security. Learn more about the TXT record.

NS record – Stores the name server for a DNS entry. Learn more about the NS record.

What are some of the less commonly used DNS records?

AFSDB record – This record is used for clients of the Andrew File System (AFS) developed by Carnegie Melon. The AFSDB record functions to find other AFS cells.

APL record – The ‘address prefix list’ is an experiment record that specifies lists of address ranges.

CAA record – This is the ‘certification authority authorization’ record, it allows domain owners to state which certificate authorities can issue certificates for that domain. If no CAA record exists, then anyone can issue a certificate for the domain. These records are also inherited by subdomains.

CDNSKEY record – This is a child copy of the DNSKEY record, meant to be transferred to a parent.

HIP record – This record uses ‘Host identity protocol’, a way to separate the roles of an IP address; this record is used most often in mobile computing.

LOC record – The ‘location’ record contains geographical information for a domain in the form of longitude and latitude coordinates.

NAPTR record – The ‘name authority pointer’ record can be combined with an SRV record to dynamically create URI’s to point to based on a regular expression.

NSEC record – The ‘next secure record’ is part of DNSSEC, and it’s used to prove that a requested DNS resource record does not exist.

RRSIG record – The ‘resource record signature’ is a record to store digital signatures used to authenticate records in accordance with DNSSEC.

RP record – This is the ‘responsible person’ record and it stores the email address of the person responsible for the domain.

For the beginning of the new year and to finish off 2020, we will look at the 2020 StackOverflow survey! Happy New Year ...

SimilarWeb vs Alexa – which one is better?

SimilarWeb and Alexa are two of the biggest players in the online competitive intelligence field. Alexa, one of the most...

5 Tricks to development brand your property

Turkey is experiencing record growth in the residential development sector. And with such intense competition, it’s more...

5 reasons Why You Should Trust Your Designer

Trusting your designer – It takes a lot of trust to hand over something as crucial as your brand identity to anyone. Let...